The Wand of Lightning is able to shoot a continuous flash of lightning, causing constant damage and knockback on enemies.

"You have successfully adapted the enchantment on an apprentice wand. It is now capable of focusing elemental energy into bolts of lightning.

However the wand has lost the ability to renew its charge and will eventually run out of energy and break." 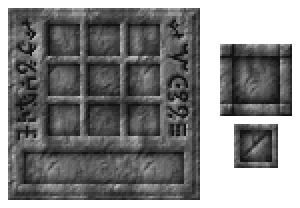 The Knockback effect on this wand makes it impossible for mobs to get close to the player; it is therefore really handy for fighting melee mobs, especially creepers, but of limited use against ranged mobs such as skeletons.

While the damage is moderate, the range is quite decent. Also, precise aiming is not needed as the wand searches its targets around the player's crosshair.

The wand has a chance to set mobs on fire, as well as turning pigs into zombie pigmen or creepers into charged creepers, however it does not work for charging a Lightning Rod.

This page was last modified on 19 May 2016, at 22:19.
Content is available under Creative Commons BY-NC-SA 3.0 unless otherwise noted.