Alchemite is a block added by the Thaumic Horizons mod. It will explode like TNT but all exploded blocks will drop Crystallized Essence in the type and amound depending on the Aspects in these blocks. Aura Nodes affected by this explosive will create lots of Flux and disappear.

"Mundane explosives have their uses in mining and trapmaking, but their tendency to completely destroy objects limits their applicability. You think you have solved this problem by transforming an ordinary explosion's pressure wave into a ripple in the thaumic field, shattering objects into their component aspects.

Blocks broken by alchemite will drop crystallized essentia instead of the usual items. Any creatures killed by the blast will suffer a similar fate, though they still drop items.

It would probably not be a good idea to subject an aura node to such forces..." 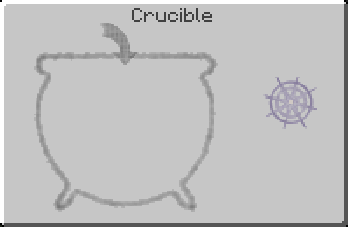 Alchemite has no known uses in crafting.

This page was last modified on 27 July 2016, at 17:11.
Content is available under Creative Commons BY-NC-SA 3.0 unless otherwise noted.